The FREE Demo of Solar Warden a game that is a unique mix of a X-COM-like geoscape, Freelancer and Descent-like combat is available!

Take control of the Solar Warden fleet defending planet Earth against a short number of incoming waves of meteors filled with the hostile space based aliens - the Silicoid.

This short Demo shows off the core functions of commanding your fleets around Earth's Orbit as well as being able to take control of your vessels directly via the Telepresence system. Defend Earth against multiple waves of Meteor clusters, each with increasing difficulty until you finally encounter the final boss - The Silicoid Worm!

Victory can be achieved by destroying the Worm on the final wave!

Our lead has very recently created an in-depth tutorial to how things work in the demo: 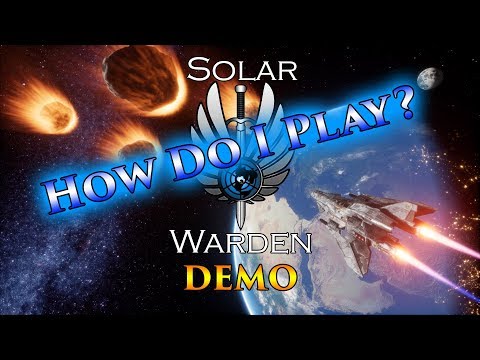