PedalToTheMetal Member Posts: 149
March 2018 edited March 2018 in OFF-TOPIC (ES1)
Seeing people posting indie games here I also want to join in. Hey, why, a hardware engineer can not be a game developer? Of course he can't, so this will be truly stupid

It started as a toy project I was making in a hotel when had to work on some distant object, soon it grew into something pretty fun

Behold, The Tunnel Flying Simulator (pun over the "walking simulators" intended, indeed"). Well, all that can be done so far is 6-DOF-flying an endless tunnel back and forth and shooting two weapons (and you can type stuff into the onboard terminal with or without consequences), at least I find it much better then having to walk it on foot without any weapons like they do nowadays. No, there is no annoying story like in most walking sims and it has some VR support (using crossed-eye image, of course :P). I liked how the lighting (with vector lights) and particle effects turned out however 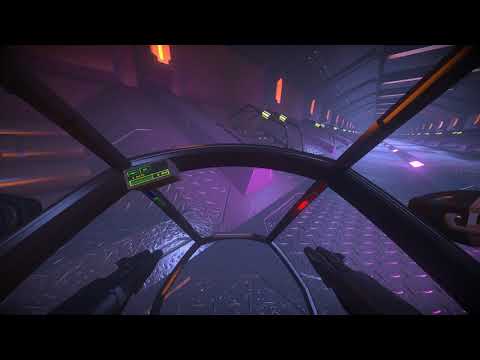